My boys are three, four, and seven at the moment, so it’s a zoo here a lot of days.

I must say, though, for every stubborn, sassy, screamy moment, there’s also a hysterical one…

Like my three-year-old staring in disgust at my Parmesan garlic Brussels sprouts and asking “WHY are you eating burnt FWOG PARTS?”

Or the time I was schlepping around the house in my usual classy day wear, and he spotted the camouflage tank beneath my flannel…

“Boys! Boys!” he yelled to his brothers, “Mommy is a ninja too!”

That’s right. And you’d better behave, or I’ll have to bust out my soccer-mom Kip Up.

Back to the youngest — this boy (like most three-year-olds, yes?) talks NONSTOP. Here were some of his thoughts on an eight-minute drive to town last week:

Mom, have you ever heard a dinosaur barf?

When are the next fireworks?

I wish it was raining pillows.

Do birds have ears?

Seriously? All of that is going on within one smallish noggin?

Truly though, one of the most entertaining aspects of parenthood is seeing how kids perceive their worlds.

Speaking of perception, not long ago, I left the boys watching Netflix and went upstairs to change out of my jammies. My four-year-old came TEARING up the stairs, shouting “There’s a creepy guy on TV! Turn it off! Turn it OFFFFF!”

Wondering what could be so terrifying on Netflix Kids, I hustled downstairs to find this guy on the screen…

If you don’t recognize him from the eighties (you poor thing), that’s Pee-Wee Herman.

Indeed, the stuff of nightmares.

This same boy (my boy, not Pee-Wee) had me in stitches in the bathroom a while back. His little brother took a glug of filthy bathtub water, and he asked, “Are you sure that water is gluten free?”

The world we live in, y’all.

In another three-large-boys-in-one-small-tub scenario, the younger two splashed and fought over the crocodile and made a general ruckus while the oldest looked at me with pleading eyes and said “Uhh, Mom — when we adopt a child, we’re seriously going to need a bigger tub.”

Talk to your father, Sweetie. Tell him you have your eye on this one.

The oldest, who is my truth-speaking do-gooder (yes, I have ONE), scared the socks off me recently. He was in the living room with his brothers as I made lunch in the kitchen. I heard him announce a word, LOUDLY, that I never want to hear my boys say. It’s a bad word. A dirty word. Some would call it the dirtiest of ALL bad words. A word we don’t ever, ever use to describe a part of the female body. Did I say EVER?

Where did he hear THAT WORD?

I walked into the living room, preparing to lay down the LAW, but when I rounded the corner, I found him holding this book and sounding out the rest of the subtitle… 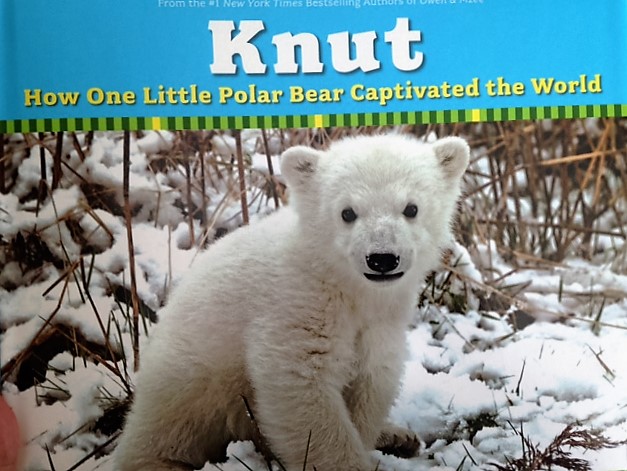 Saving THAT talk for a much later day (or hopefully NEVER), and focusing on teachable moments like this one, submitted by my friend Adria:

Heather was potty training her three-year-old son, Brody. One of the first times he was on the potty, he peed and tooted at the same time.

“Mom, I just burped from my pee thing!”

“No Brody, actually you burped from your poop thing. And that’s a fart!”

These talks are much more my speed! Enjoy the rest of these reader-shared and truly adorable kid quotes.

Isaac (two-and-a-half) noticed some big machines on the side of the road. He told his mom that someday, he will drive a backhoe and will let her, his dad and his sister ride in it with him.

“Thank you for letting all of us ride with you,” his mom replied.

Emmett (two years old) was enjoying some banana bread that he and his mom had made earlier that morning.

“Emmett,” his mom said, “You’re making me sad by picking out all the walnuts. I know you like peanuts, pecans, almonds and cashews, and you would like the walnuts if you tried them, Buddy.”

Jack (four years old), noticed a few pesky ants that had found their way into the family bathroom.

“Mom,” he announced, “These ants have been growing around us for years…days…and weekends!

Declan (two years old) was asked by his cousin if he wanted to go outside and build a snowman. He quickly retorted, “Go away, Ana!”

Luke (age ten), asked Sadie (age twenty-eight), “Were there cars around when you were my age?”

Ted, out for dinner with his family to celebrate his eighth birthday, asked the bartender, “Could I get a birthday shot here…

Thanks to all who shared quotes and tales for this issue of Darndest Things. If you have a kid quote (or parent quote) for the next one, email it to revisionsofgrandeur@outlook.com or message it to Revisions of Grandeur on Facebook.

*My-future-bathtub image via The Investor Zone

Connect on Facebook or Twitter. (I might even tweet!) Psst- I’m on Instagram now too, but I have no idea what I’m doing. I feel like I just showed up to some hip soiree wearing mom jeans and carrying a plate of Jello. You can follow me if you want, but I may be asked to leave at any moment.

If you’d like a shout from Revisions of Grandeur when a new post goes up (about once a week or so) just type your email address in the box and click FOLLOW. Voila! I promise never to spam you. I mean, I don’t even know how to spam.

Thanks for visiting me here!

Summer mornings 🐸
My hubby and brother-in-law added this deck on to our family’s hunting camp in Hardwood, Michigan.
This kid is my right-hand-man on the farm, no matter if it’s -30F or a hundred degrees. He’s at my side until the morning chores are done, and back holding the flashlight as I lock up the coops at night. He notices if someone is low on water or in need of TLC. If I were down and out for a day, I have full confidence this nine-year-old farm boy would keep the place running.